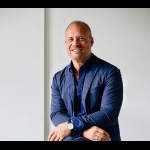 David Allison is the founder of The Valuegraphics Database, the world’s first database that can predict and influence behavior for anything on earth. He is a pioneer of ‘Values Thinking’ as the new best practice for organizational decision-making.

He spent his career working on campaigns for some of the biggest brands in the world, building an award-winning marketing creative firm, and writing three influential books on communications strategy. All this left him questioning a fundamental concept of marketing: in a post-demographic era when age, gender, income, and education no longer restrict how we choose to live, he wondered, why are we still using demographics to understand how target audiences behave?

He sold his firm in 2015, and began work with a team of university researchers to launch, collect and analyze a half-million surveys about why groups of people behave the way they do. The data was immediately clear on two points. First, demographics were a shockingly ineffective way to understand how groups behaved. More importantly, leveraging shared values turned out to be the most powerful way he’d ever seen to trigger behavior for anything. Now, for the first time, there was accessible, customizable, empirical data that proved what we value determines what we do.

Further data analysis revealed that we waste 90% of our time and money trying to engage target audiences using demographics. What could we do with 90% of our financial and human resources re-deployed elsewhere? What if we only did things that people cared about? Wouldn’t the world be better off if everything was based on the values we share? Since then, David has coined the term, and become a champion of, Values Thinking, the new best practice for organizational decision-making in a post-demographic world. His background consulting, writing, speaking, and creating simple stories from complex ideas has helped amplify the global shift away from outdated demographic stereotypes towards a more inclusive values-based society. His company provides clients with data-driven personas that pinpoint precisely which values most powerfully trigger behavior for anything on earth. His mission is to change the way we look at the world.

His latest book, We Are All the Same Age Now: Valuegraphics and the End of Demographic Stereotypes, was a number one global marketing bestseller within 48 hours of its release. Kirkus Reviews called it “A genuinely original contribution to marketing literature,” and INC Magazine named it one of the top ten leadership books of the year.