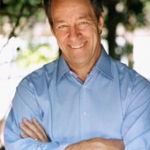 His design work has received many awards and been widely published in Architectural Digest, Town and Country, and other periodicals. He has consistently been named one of AD’s top 100 Designers. In 1999, he wrote a new introduction and bibliography for Acanthus Press’ reprint of Rexford Newcomb’s Mediterranean Domestic Architecture in the United States, Followed by this publication of George Washington Smith: An Architect’s Scrapbook, and is currently working on several forthcoming books.

Marc is a founding member of the Appleton-Whittel Research Ranch Foundation in Arizona and the Mingei International Museum of World Folks Art in San Diego. He has served on the Board of Trustees for Prescott College in Arizona, and currently serves on a number of committees and boards, including the Board of Trustees for Cooper Union, New York, The Institute of Classical Architecture & Classical America, and the Dean’s Council of the Yale School of Architecture.