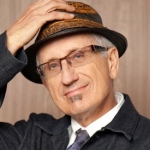 David Baker, FAIA, founded David Baker Architects in 1982, and in 1996 was selected as Fellow of the American Institute of Architects. He has guided and overseen the design of more than 10,000 homes and is a leader in multifamily urban housing and issues of urban design. DBA has received more than 300 architectural design honors, including six national AIA awards. David was chosen by the AIA California Council as the 2012 Distinguished Practice, and in 2009, David received the Hearthstone Builders Humanitarian Award, honoring the 30 most influential people in the housing industry of the past 30 years.