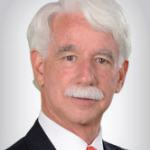 Jorge A. Bermudez is President and CEO of the Byebrook Group, a small firm that conducts research and advisory work in the financial services industry. Previously, he served as Chief Risk Officer for Citigroup. Additionally, he has been a Director of the Federal Reserve Bank of Dallas since 2012, after having served on the Houston Branch. He serves on the boards of Moody’s Corp., Electric Reliability Council of Texas, Association of Former Students at Texas A&M University, and Community Foundation of the Brazos Valley. He also serves Texas A&M in various roles, including the International Board, College of Agriculture Development Council and Mays Business School Development Council. Jorge holds graduate and undergraduate degrees from Texas A&M University.