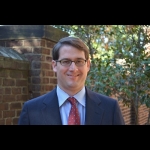 Michael B. Bomba, Esq. is an Associate Counsel on the AIA Contract Documents team at the American Institute of Architects, Washington, DC. Michael works actively in the creation and revision of AIA Contract Documents. He worked with the Documents Committee in the development of Integrated Project Delivery: A Guide as well as the AIA’s three families of standard form integrated project delivery agreements and the AIA’s E202-2007 Building Information Modeling Protocol Exhibit. He also worked with the AIA Documents Committee on revisions to A201-1997, General Conditions of the Contract for Construction, and on the owner/architect agreements that replaced B141-1997 and B151-1997 in late 2007. Mr. Bomba obtained his J.D. from the American University Washington College of Law.