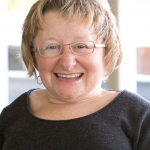 Braitmayer is the founder and managing principal of Studio Pacifica. With a professional focus on accessibility and her advocacy, she advises state agencies, local governments, school districts, developers and architects on accessibility for housing, commercial, retail, institutional and educational projects. She is a Fellow of the American Institute of Architects, and served on the Advisory Board of the Northwest ADA Center and on the Board of the Northwest Center (for people with Developmental Disabilities).

Braitmayer received a BA from Rice University and a Master of Architecture from the University of Houston. Braitmayer served as a member of the Washington State Building Code Council from 1994 to 2001 and remains involved in the development and update of Washington State’s accessibility code. In September of 2010, President Obama appointed Ms. Braitmayer to the U.S. Access Board, an independent Federal agency that provides leadership in accessible design under the ADA and other laws.