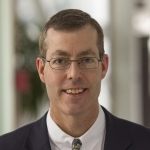 Matthew Bronski, P.E., is a Principal, and the Preservation Technology Practice Leader at Simpson Gumpertz & Heger Inc. (SGH), where he has practiced for the past 26 years. Matthew has led SGH’s projects on many iconic buildings. He has published over a dozen technical papers, and has served as a guest lecturer or critic at numerous universities, including Harvard, MIT, and Yale. He holds an undergraduate degree in engineering (Tulane), and graduate degrees in architecture (Penn) and historic preservation (Penn). In 2009, he became only the second engineer in 113 years to receive the prestigious Rome Prize.