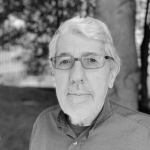 For 46 years Will Bruder has explored inventive and contextually exciting architectural solutions in response to a site’s opportunity and the user needs. His work celebrates the craft of building in a manner not typical of contemporary architecture. Through his creative use of materials and light, Will is renowned for his ability to raise the ordinary to the extraordinary. Opening his first Arizona studio in 1974, Will relocated his studio to downtown Portland, Oregon in the spring of 2019. He has led work for over 650 commissions, received prestigious national awards as well as lectured and been published all over the world. He has held visiting chairs at MIT, IIT, Yale, University of Southern California, University of Wisconsin/Milwaukie, University of Toronto, University of Virginia, Portland State University, and University of Oregon.Self-trained as an architect, Will has a Bachelor of Fine Arts degree in sculpture from the University of Wisconsin-Milwaukee. He supplemented his studio art education with further study of structural engineering, philosophy, art history and urban planning. He followed this with architectural apprenticeships under Paolo Soleri and Gunnar Birkerts. He was a Rome Prize Advanced Design Fellow at the American Academy in Rome in 1987 and was made a Fellow of the American Institute of Architects (FAIA) in 2013.