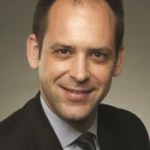 Since 2010, Mike Buhler has served as executive director of San Francisco Heritage, a nonprofit organization founded in 1971 to preserve and enhance San Francisco's unique architectural and cultural identity. Mike previously worked as the director of advocacy for the Los Angeles Conservancy from 2006 to 2010, and regional attorney for the National Trust for Historic Preservation's Western Office in San Francisco from 1998 to 2006. He holds a J.D. from Santa Clara University School of Law and a B.A. degree in history from the University of Washington in Seattle.