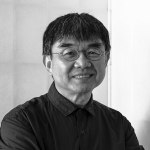 Educated in China and the U.S., Chang received his Master of Architecture from University of California, Berkeley in 1984. He has practiced in China since 1992—establishing Atelier Feichang Jianzhu (FCJZ) with Lijia Lu in 1993. His numerous recognitions include First Place in the Shinkenchiku Residential Design Competition in 1986; Progressive Architecture Citation Award in 1996; UNESCO Prize for the Promotion of the Arts in 2000; Academy Award in Architecture in 2006 and in 2016 China Architecture Media Award Excellence in Practice Prize, and Honorary Membership of AIA Hong Kong. Chang was a Professor and Founding Head of Graduate Center of Architecture at Peking University 1999 to 2005; held the Kenzo Tange Chair at Harvard GSD in 2002; the Eliel Saarinen Chair at Michigan in 2004; and between 2005 and 2010, Chang headed the Architecture Department at MIT. He was also a Pritzker Prize Jury member from 2012 to 2017.