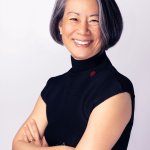 Renée Cheng was named dean of the College of Built Environments in January 2019. Previously, Cheng served as head of the School of Architecture at the University of Minnesota.

Cheng is a leader in the American Institute of Architects (AIA) and advocates for equity in the field of architecture and in the practices related to the built environment. Recently, Cheng led the research effort for the AIA Guides for Equitable Practice.

Known for her pedagogical skill designing classes and programs that empower students and integrate practice with academia, Cheng has twice won the AIA Practice Leadership Award. She has been named one of the top 25 most admired design educators in the U.S. by DesignIntelligence and an Association of Collegiate Schools of Architecture Distinguished Professor and was elevated to the AIA College of Fellows.

A licensed architect, her professional experience includes work for Pei, Cobb, Freed and Partners and Richard Meier and Partners before founding Cheng-Olson Design.