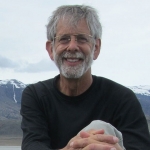 James Cutler FAIA, founding partner of Cutler Anderson Architects has been in practice for almost 40 years. He is known for his environmentally sensitive and sustainable work and his responsiveness to place, program, and cultural circumstance. The firm of thirteen employees has received six National Honor Awards from the American Institute of Architects and over 50 national and regional awards.

Jim is a registered architect in Washington, Alaska, Hawaii, Montana, Wyoming, Rhode Island, Connecticut, New York, Tennessee and North Carolina. He has a Master of Architecture degree from the Louis I. Kahn Studio program and Master of Architecture and Bachelor of Arts degrees from University of Pennsylvania.

A resident of Bainbridge Island, Washington since 1974, Jim is a founding member of the Bainbridge Island Land Trust, a non-profit organization which is dedicated to the preservation of the living systems of the world.

He is frequently a juror for regional and national design competitions and has taught architectural studios at Dartmouth College, Harvard Graduate School of Design, Universities of California at Berkeley, Pennsylvania, Oklahoma, Washington, Oregon and Middlebury College in Vermont. In November 2015, Jim was inducted into the National Academy Museum & School in New York City and in 2012 was awarded the Medal of Honor by the American Institute of Architects-Seattle Chapter.

Please confirm the information below before signing in.

Thank you for registering!

We have sent a confirmation email to {* emailAddressData *}. Please check your email and click on the link to activate your account.

We'll send you a link to create a new password.

We've sent an email with instructions to create a new password. Your existing password has not been changed.

Your email has not been verified.