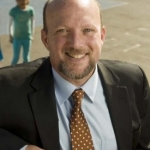 Todd has been SFHAC’s Executive Director since November 2016. He has been active in San Francisco politics throughout his professional career. Prior to joining SFHAC, Todd was the Political Director for Scott Wiener’s successful State Senate campaign. He’s a public-school parent and founding member of the San Francisco Parent PAC. Todd is also an active community advocate, serving as the President of Residents For Noe Valley Town Square as well as Friends of Noe Valley.