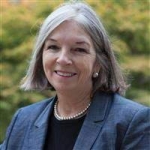 Marlene is an ACSA Distinguished Professor at the University of Tennessee in Knoxville College of Architecture + Design where she served as dean from 1994 to 2003. In 2013, Marleen received national recognition as an ACSA Distinguished Professor due to her career efforts as a design educator in the academy and in service to the profession and the community and in 2006 was recognized as a Fellow of the American Institute of Architects. Marleen has worked tirelessly to strengthen the profile and the quality of architectural education having served on the boards of AIAS, AACSA, and the NAAB. As President of the American Association of Collegiate Schools of Architecture, she helped to commemorate the organization’s 100th anniversary with an innovative web site exhibit, ACSA Archive, and with a scholarly publication edited by Joan Ockman, and printed by MIT Press, entitled: Architecture School: Three Centuries of Educating Architects in North America.