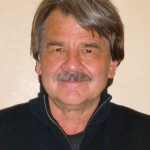 Bill Deuschle operates and owns Fabu-WALL-ous Solutions, an award-winning building firm in Santa Fe, NM, where the power and strength of working together with clients, architects, engineers, and designers is exemplified. As the current President of the Santa Fe Area Home Builders Association (SFAHBA), he has spearheaded an expansive dialogue between designers and builders attempting to bridge the historical gap/conflict between the two industries. His activities as a builder and successful completion of many award-winning projects span over 35 years.

As a builder in Colorado, Connecticut and New Mexico, Bill served on a variety of boards, including the Board of Connecticut Preservation Action (1995–2003), President of Old Santa Fe Trail Neighborhood Association, 2011 Chair of Santa Fe Remodeler’s Council; Committee for Developing and Writing City of Santa Fe, NM Green Remodeling Code (2011–present); 2013 president SFAHBA.

Bill has had the opportunity to work in an environment where a collaborative effort between builder, architects, engineers and other professionals was critical in developing plans, value engineering and finding solutions for complex historical restoration, adaptive re-use and structural remediation projects. His recent awards include: “2009 Santa Fe Remodeler of the Year” and “2010 & 2014 Builder of the Year,” Heritage Preservation Awards for “Sensitive Restoration of a Contributing Historic Resource” and “Compatible New Construction in the Historic District,” and the 2012 Parade of Homes Award for “Outstanding Restoration of a Historic Structure.”