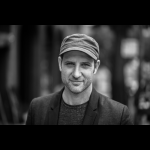 Founder/CEO | FRDM and Made in a Free World

Justin is an award-winning entrepreneur, author and Founder/CEO FRDM. FRDM is an enterprise-grade software company trusted by Fortune 500 companies to identify, measure and mitigate risks of modern slavery deep in their supply chains.

In 2008 Justin made is his directorial debut in the film Call + Response, which revealed the world’s 27 million dirtiest secrets: there are more slaves today than ever before in human history. The “rockumentary” was theatrically released around the world and became one of the top documentaries of 2008. He then produced and appeared in the CNN documentary Common Dreams, with Grammy and Academy award winner Common.

Partnering with the U.S. State Department and Google, Justin created SlaveryFootprint.org by a multiple-award-winning (Cannes/SXSW) website that asks the question, “How Many Slaves Work For You?” The website and mobile app allow consumers to visualize how their consumption habits are connected to modern-day slavery and has reached over 100 million consumers worldwide.