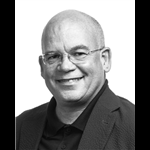 Steve Dumez is a Partner and the Director of Design of the New Orleans-based architectural studio Eskew+Dumez+Ripple. Under his design direction, the firm has been the recipient of several prestigious awards for design excellence including nine National AIA Awards, a P/A design award, five American Architecture Awards and over 100 awards at the local, state and regional level. Deeply engaged with issues of culture, climate and context, he has produced a body of work spanning more than two decades that inextricably links beauty with performance to create projects of lasting cultural and social value. Steve is a frequent lecturer at universities across the United States, and maintains an active involvement in the AIA where he has served on numerous design awards juries and in various leadership positions, including president of both AIA Louisiana and AIA New Orleans and serves as an active professional mentor within the region. He was elected to the AIA College of Fellows in 2007. Steve is actively engaged in many local civic organizations and currently serves on the board of the Contemporary Arts Center of New Orleans.