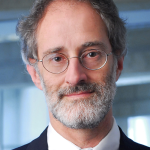 Mr. Fixler, Architect, Principal, at EYP Architecture and Engineering, is an internationally recognized leader in the field of historic preservation with a particular focus on the preservation of buildings of the mid-20th century Modern Movement. His projects have involved buildings designed by many the leaders of the Modern Movement including Alvar Aalto, Louis Kahn, LeCorbusier and Eero Saarinen. A frequent writer and lecturer on architecture and preservation, Mr. Fixler has had his design and written work published both domestically and internationally in such magazines as Architecture, Architectural Record, the Journal of the Society of Architectural Historians, Architecture Boston, the APT Bulletin, Metropolis, CRM – The Journal of Heritage Stewardship, Traditional Building, Spazio and PTAH. He has lectured at numerous North American colleges and universities including Harvard, Columbia, the Universities of Pennsylvania and Virginia, MIT, Wellesley College, and RISD, and conceived, helped to organize and participated in numerous domestic and international conferences on a wide range of architecture and preservation topics. His book Aalto and America, co-authored with Stanford Anderson and Gail Fenske, was published in 2012 by Yale University Press.

Mr. Fixler is a co-founder and president of DOCOMOMO-US/New England, past United States representative on the DOCOMOMO International Specialty Committee for Registers, founder and co-chair of the Association for Preservation Technology (APTI) Technical Committee on Modern Heritage, Peer Review Architect for the GSA Design Excellence Program, and a member of the Heritage Conservation Committee of the Society of Architectural Historians (SAH).