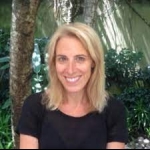 Fonna Forman is Associate Professor of Political Science at the University of California San Diego, founding co-director of the UCSD Center on Global Justice and the UCSD / BLUM Cross-Border Initiative. She is a political theorist best known for her revisionist work on Adam Smith, recuperating the ethical, spatial, social, public and urban dimensions of his political economy. Current work focuses on theories and practices of global justice as they manifest at local and

regional scales, and the role of civic participation in strategies of equitable urbanization. Present sites of investigation include Bogota and Medellín, Colombia; Ukraine; the Palestinian territories; and the San Diego-Tijuana border region. Forman has just completed a volume of collected essays (with Amartya Sen) on critical interventions in global justice theory, and papers on ‘municipal cosmopolitanism’ and ‘political leadership in Latin America’. She is presently writing a book on Adam Smith in Latin America. She is co-investigating with Teddy Cruz a Ford Foundation-funded study of citizenship culture in the San Diego-Tijuana border region, in

collaboration with the Bogota-based NGO, Corpovisionarios. She is Vice-Chair of the University of California Climate Solutions Group and co-editor of Bending the Curve: 10 Scalable Solutions

for Carbon and Climate Neutrality (The University of California report on carbon neutrality). From 2013-14 she was special advisor on civic and urban initiatives to the City of San Diego, and with Teddy Cruz led the development of its Civic Innovation Lab. She presently consults on social and economic rights for the NYU Global Citizenship Commission, led by the Rt Hon. Gordon Brown, reporting to the United Nations General Assembly on the Universal Declaration of Human Rights in the 21st Century.

Forman is an advocate for deepening university-community research partnerships, and currently serves on the advisory boards of the UCSD Global Health Initiative, the Climate Neutrality Task Force, the Urban Studies and Planning Program, IICAS, the Global Health major, the UC Carbon Neutrality Task Force, FF21 (Food and Fuel for the 21st Century) and the Center for Tomorrow’s California. From 1999-2001 she was Assistant Editor of Political Theory and is currently Editor of the Adam Smith Review.