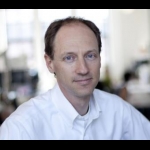 Thomas Gluck is a principal at GLUCK+. Named by Fast Company as one of the top 10 most innovative companies in architecture in 2014, GLUCK+ has been recognized for their unique approach to Architect Led Design Build: single-source responsibility with architects leading the building process. The practice is dedicated to pushing the boundaries of design together with real-world expertise to craft bold, innovative and conceptually unique architecture. In 2015, GLUCK+ was included in The Architectural League’s Current Work series with the lecture, “Thinking Making Making Thinking.” The firm was featured in May 2014 in Architectural Record’s feature, “The New Master Builders,” June 2014 in The Architect’s Newspaper’s “Inside Architecture’s One-Stop Shop,” and August 2014 in Perspecta 47: Money.

Recent and current projects include Bridge, a high-rise development in construction in Philadelphia; Cary Leeds Center for Tennis & Learning, a public/private initiative for an afterschool educational program in a new clubhouse venue with stadium exhibition courts in Crotona Park, Bronx, which received an NYC Public Design Commission Award for Excellence; The Stack, the first prefabricated steel and concrete modular residential building development in New York; and Tower House, which was selected by Architectural Record for their Record Houses issue in 2013.