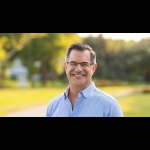 Global Director of Design, Principal. Global architecture, design & planning firm with 49 locations worldwide, supporting academia, students and collaborative efforts.  A sought-after spokesperson on the future of design both domestically and globally, Jordan has been featured in many prominent design publications, including selection as a “40-Under-40” national industry leader by both Building Design & Construction and the Washington Business Journal. The latter also named Jordan to its 2013, 2015 and 2017 “Power 100,” an annual list of the region’s most influential business leaders. An advocate of helping the next generation of designers prepare for tomorrow, Jordan teaches a graduate course on design at the University of Pennsylvania, where he earned his Master in Architecture