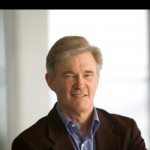 Ed Hord, FAIA, is a founder and senior principal of Hord Coplan Macht (HCM), a 270 person architecture and landscape architecture firm in Baltimore, MD, Denver, CO and Alexandria, VA. Under his leadership, HCM has designed more than 35,000 units of multifamily housing, with a total construction value of over two billion dollars, since the firm’s establishment in 1977.
Hord has held numerous AIA offices at the local, state and national levels including as Trustee of the American Institute of Architects Trust (2010 - 2015) and Chair in 2104; chair of the AIA’s Housing Committee in 2005. He was an AIA Vice President in 1998, served on its Board of Directors from 1994-1996, and is a past-president of both the Maryland Society (1992) and the Baltimore chapter (1991). In 1996, Hord became an AIA Fellow.
Active in his community, Hord has served as chair the advisory committee for Morgan State University’s Institute of Architecture and Planning, and has served on the boards of Preservation Maryland, Jubilee Baltimore and the Baltimore Architecture Foundation.
A frequent presenter, Hord has delivered presentations at the NAHB Seniors Housing Symposium, the International Builders Show, ULI and The AIA national convention. His articles have appeared in Nation’s Building News, Multi-Family News, and Seniors’ Housing News.