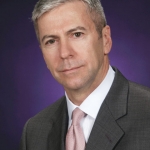 David Insinga joined the General Services Administration, Public Buildings Service in Washington, DC in 2007, and is currently the Director for the Design Excellence Program in the Office of the Chief Architect. Prior to assuming his current position, Mr. Insinga served as the Acting Assistant Commissioner for Project Delivery. His work focuses on the planning, design and construction of federal courthouses, land ports of entries and federal office buildings. Recent work includes over $5 billion of projects funded through the American Recovery and Reinvestment Act (ARRA).

Prior to joining GSA, Insinga was a Program Manager at the Administrative Office of the United States Courts. Mr. Insinga received his Bachelor of Architecture from Virginia Tech in 1981, and is a member of the American Institute of Architects. He has over 30 years’ experience in both the private and government sectors. Before becoming part of the federal workforce in 2002, he worked as a Director at Gensler in their Washington, DC and Boston offices.