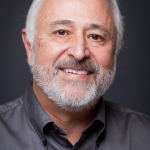 Luis Jauregui, FAIA, is founder and President of Jauregui Architecture, Construction, Interiors, a nationally recognized Architect-led design-build firm focusing on high-end homes in Austin, Houston, Dallas and central Texas for the last 30 years. Mr. Jauregui is a graduate of Texas A&M University with a degree in Environmental Design (’76) and a Masters of Architecture (’78). He has been a long standing member of the national American Institute of Architects (A.I.A.); elected to The College of Fellows of the American Institute of Architects; Austin Chapter President 2017; founding member of AIA Custom Residential 2 Architects Network (CRAN), an advocacy committee for residential architect; CRAN 2010-2011 national and local subcommittee Chair; as CRAN 2009-2010 Chair of the AIA Austin Chapter.

Luis is being honored as a Distinguished Alumni of the College of Architecture at Texas A&M University 2017. A passionate leader in residential Design-Build, Mr. Jauregui served as a contributing columnist on design for Residential Design & Build Magazine from 2005 to 2013. He is a registered Architect in Texas and Hawaii and is also a registered Interior Designer. Jauregui’s work can be found throughout central Texas, in Hawaii and Mexico.