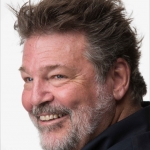 Edward (Eddie) Jones, AIA, Principal, Jones Studio Inc. with his business partner and brother Neal, were raised in the oil fields of Oklahoma. Eddie founded Jones Studio on June 8, 1979, three months before his 30th birthday. It was not until years later, he realized he had begun his professional career on the birthday of his two major heroes… Frank Lloyd Wright and Bruce Goff. Eddie’s persistence and innovation has expanded the palette of materials and methods available throughout Arizona. His long-standing implementation of sustainability and environmental design, matched with an extraordinary sensitivity to the factors that create space, has improved the experiences of those that occupy, and moreover, the spaces occupied.

Jones Studio is a mid-sized architecture, interior design, graphic design, public art and planning firm based in Phoenix, Arizona. Since its start, the Jones Studio “family” has grown to include 15 highly motivated and enthusiastic individuals. The firm enjoys an unusually broad range of building types, spanning from a “two-holer” outhouse trailhead located on a remote desert site, to the 54-acre Mariposa Land Port of Entry in Nogales, Arizona – the fourth busiest land port in the United States. Jones Studio and their clients have been honored with 190 design awards, for over 50 built projects. In 2014 they were awarded the Arizona Forward Crescordia Award for Environmental Stewardship and were ranked 21st in The Architect 50 and 6th in Sustainability.