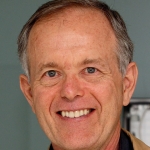 Professor of Architecture and Urban Planning, University of Michigan

Professor Kelbaugh has taught design at nine schools of architecture in the USA, Europe, Japan, and Australia. One of the first to popularize the modern design charrette, he has organized and participated as a team leader in over thirty of these community design workshops in North America, Europe, Asia and, Australia. While on leave in 2008-10, he served as Executive Director of Design and Planning for a Dubai-based development company with a portfolio of large sustainable projects in Asia, Europe, and the Middle East.

Doug has co-chaired many national and international conferences on energy, urbanism, and design, spoken to hundreds of professional and community groups, and served on more than two dozen regional and national design juries. In 1989 he edited The Pedestrian Pocket Book, a national bestseller in urban design that first introduced the concept of TOD (Transit-Oriented-Development) and that helped jump-start New Urbanism. In 1997 Kelbaugh authored COMMON PLACE: Toward Neighborhood and Regional Design, a book on urban theory, design and policy, followed by its sequel Repairing the American Metropolis in 2002. In addition to writing many book chapters, he was the editor of The Michigan Debates on Urbanism: Everyday, New, and Post in 2005 and he co-edited Writing Urbanism in 2008.