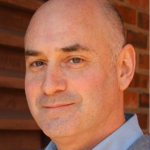 Nathan Kipnis, FAIA, LEED BD+C is the principal of Kipnis Architecture + Planning, recognized as one of Chicago’s premier green and sustainable architectural practices. Mr. Kipnis received his Master of Architecture with an emphasis in Energy Conscious Design from Arizona State University in 1985 and his undergraduate Bachelor of Environmental Design from the University of Colorado at Boulder in 1983.

Mr. Kipnis also lectures frequently on topics related to sustainable design, historically derived climatically based architectural design, and renewable energy. He has been an invited speaker at numerous professional and academic venues and his opinions and projects have been extensively sought for publication both locally and nationally. Additionally, through his work with Citizens' Greener Evanston, Mr. Kipnis was instrumental in developing the concept of the Evanston offshore wind park. Furthermore, Mr. Kipnis has consulted with the Cambridge based nonprofit Civil Society Institute where he helped craft the American Clean Energy Agenda (ACEA), whose goal is to promote a renewable energy future that goes beyond “business as usual”.