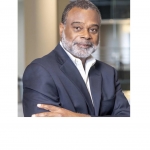 Keith has been with HKS Architects since 1999. Upon graduating from High school in Connecticut in1972 , he began his architectural journey by enrolling in the Howard University School of Architecture. He graduated in 1977 with a BArch. He was offered a position at Turner Construction Co. in Boston upon graduation where he began as a field engineer, progressed to cost engineer and became an Assistant Project Engineer before leaving and moving to Philadelphia. He worked in Philadelphia as an ARE candidate for Ujima Architects, Saxon Capers Architects, and David Beck Architects. He later took a teaching position at the Art Institute of Philadelphia, which is his second passion. While teaching, he worked part time with the high end Architecture/Interiors firm of Amburn/Jarosinski. After 6 years working and teaching in Philadelphia, he decided to take a sabbatical to Barbados, the country of origin of his immigrant parents. While there he worked for the firm Selby, Rose and Mapp Architects for 3 years after which he formed his own firm Keith Lashley Architects. Due do a countrywide financial crisis brought on by the first Gulf War, Keith decided to return to the US in 1992. He returned to Connecticut and worked for a the high end residential firm of Ron Cacciola Interiors in Norwalk Ct. and the high end commercial firm of Frederick Brush Design Inc. in Westport Ct. He was contacted by a friend in Boston and went to work with Jack Patrick and Assoc. to work as a Senior Architect on the renovation of 3 MBTA subway stations and the CA for 2 new stations on all on the Blue Line. He also was the CA for the Auburn Avenue Restoration Project for the 1996 Olympics which was a design competition that Jack Patrick had won and was completed in 1996. The CM firm, InSite of Wenham Ma., that had performed the Auburn Avenue work had won a contract to perform the landscape, hardscape and theming contract for the Atlantis Hotel complex on Paradise Island, Bahamas in 1996. Upon completion of the Auburn Avenue project, they asked Keith to work for them as their architectural consultant, which he agreed to do. 3 years later he applied to and was accepted to the GSD of Harvard University. He earned his MDesS degree in 1999. Upon graduation HKS offered him a position as a Healthcare CA and he has been with HKS ever since.