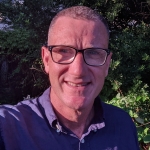 Raised in Vermont, Ken practiced architecture for 20 years in New York City. Starting in 2010, focused on the climate emergency, Ken became a founding board member of New York Passive House, the National Passive House Alliance, and the North American Passive House Network. In 2011 Ken co-founded 475 High Performance Building Supply, with a mission to transform the North American construction industry. Ken has worked on dozens of Passive House projects in various capacities, including architect, consultant, and material supplier. Ken has lectured on Passive House at NESEA’s Building Energy Conference in Boston, at Efficiency Vermont’s Better Buildings by Design conference in Burlington, and many other industry events. Ken has served on advisory panels for Urban Green’s 90 by 50 advanced policy report and the Framework Guidelines for Energy Efficiency Standards in Buildings of the United Nations Economic Commission for Europe. In 2019 Ken stepped down from the board of NAPHN and the management of 475 and volunteered for Extinction Rebellion. In August 2020 Ken became the first Executive Director of NAPHN. When not thinking about Passive House or hanging out with his wife and daughters, Ken can often be found walking their Newfoundland dog in Prospect Park. Ken has a Bachelor of Architecture degree from Pratt Institute