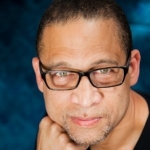 Steven Lewis is an architect and a tireless advocate for social justice and diversity within the field of architecture. He is currently a principal with the firm ZGF Architects, where he leads the Los Angeles office’s urban design practice. Before joining ZGF, Steven was appointed by Detroit Mayor Mike Duggan to the position of Urban Design Director for the City’s Central Region, where he played a key role in shaping the vision of present and future development. Steven is the AIA 2016 Whitney M. Young, Jr. Award recipient, and was elevated to the AIA College of Fellows in December of 2015. In January of 2008, he returned to Southern California to join Parsons as a Design Manager after serving four years with the U.S. General Services Administration’s Office of the Chief Architect in Washington, DC. Steven was a Loeb Fellow at the Harvard Graduate School of Design for the 2006-07 academic year. He was a founding partner of the Los Angeles-based firm of RAW International in 1984, and for the next twenty years, was an essential part of the firm’s growth and success. In December of 2010, he concluded a twoyear term as President of the National Organization of Minority Architects, traveling around the country advocating for architects-of-color, while cultivating the next generation of diverse architects and designers. Steven recently launched a consulting practice – “Thinking Leadership – What we Do…Who we Are” – aimed at assisting clients attain superior outcomes through his engagement. More than anything, Steven is a facilitator of partnerships and alliances between groups and individuals who seek to use architecture and design to effect positive change to our world.