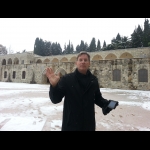 Rick A Lincicome, AIA NCARB is the President of Rick A Lincicome AIA in Washington DC. He recently retired from AECOM where he was the global director of Architecture from 2010-2013. Mr. Lincicome also served as Chief Executive Officer (CEO) of Ellerbe Becket, one of the world’s oldest and largest design firms, for 10 years. Prior to merging with AECOM in 2009, Mr. Lincicome led Ellerbe Becket’s emergence as the leading healthcare designer in the Middle East with more than 2,500 hospital beds designed throughout the region from 2001 until 2013. Under his direction, Ellerbe Becket became well known for its expertise in hospitals and ambulatory clinics, sports stadiums and arenas, and mission-critical facilities globally. Prior to serving as CEO, he was the firm’s president from 1998 to 2001.

Mr. Lincicome also served as president of architecture and director of the Washington, DC, and New York offices and is a graduate of the University of Illinois, School of Architecture. Mr. Lincicome is a member of the American Institute of Architects (AIA) and is past member/chairman of the International Advisory Committee Group to the President of the AIA. He is currently representing the AIA by serving as the Co-Chairman of the Professional Practice Commission of the International Union of Architects (UIA). The commission’s mission is to promote Architect mobility through implementing standards of professionalism worldwide.