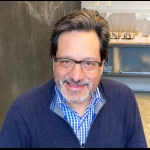 Stephen Luoni, AIA is Director of the University of Arkansas Community Design Center (UACDC), an outreach program of the Fay Jones School of Architecture and Design. Luoni is the Steven L. Anderson Chair in Architecture and Urban Studies and a Distinguished Professor of architecture. Under his direction since 2003, UACDC’s design and research have received more than 100 awards. Luoni’s work at UACDC specializes in interdisciplinary public works projects combining landscape, urban, and architectural design across Arkansas. Luoni directed production of UACDC’s award-winning book: Low Impact Development: a design manual for urban areas. In addition to being appointed a 2012 Ford Fellow by the United States Artists, Luoni is a recipient of National Endowment for the Arts grants and has served as a review panelist for the NEA and a resource team member for the Mayors’ Institute on City Design. He has also taught at the University of Florida; the University of Minnesota, as the; Washington University in St. Louis, and the University of Oklahoma.