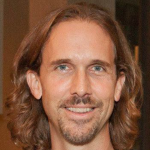 Stuart Magruder, AIA, LEED, is the founder and principal of a young architecture and design practice based in Los Angeles, Studio Nova A Architects (SNA). The firm’s work includes residential and commercial projects. Of particular interest to the Studio is the integration of sustainability with design to create works of lasting beauty and durability. Stuart, founded the Studio in 2005. Prior to founding the firm, Stuart worked for two world famous architects in Los Angeles: Richard Meier & Partners and Eric Owen Moss Architects. He is active in the American Institute of Architects, Los Angeles Chapter (AIA|LA), served as its President in 2012, and the AIA California Council, currently serving as the chair of the Committee on the Environment. Licensed in the states of California and New York, the Studio has completed projects on both coasts of the country. Engaged in the architectural community, Stuart has presented at numerous conventions including the AIA national convention in 2007. He is active in local political issues as they affect the built environment (through AIA|LA’s Political Outreach Committee) and active in pushing sustainability in design (through the Committee on the Environment). Stuart’s biggest challenge is adapting sustainable design principles to the realities of the (still) unsustainable construction industry. Stuart graduated with honors from Princeton University in 1989 with a concentration in Architecture History and Theory. He received his Master of Architecture from the Southern California Institute of Architecture (SCI-Arc) in 1997.