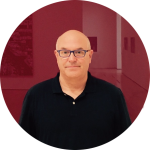 Mr. Moore is an Adjunct Professor of Architecture at the Barnard/Columbia Undergraduate Architecture Department. He joined the faculty in 1992 and continues to teach design studios and history/theory seminars. From 1996–2006 he was the Assistant Director of the Undergraduate Architecture Department and Coordinator of the History & Theory Track curriculum. His academic research focuses on three key areas: The history and theory of aesthetics & beauty in Architecture; Architecture in the expanded field of landscape, art, & architecture; and the historical and contemporary relationship between architecture, technology, and culture. In 2006, Mr. Moore joined the Yale School of Architecture as a Visiting Professor where he currently teaches the Graduate Housing & Design/Build Studio. The studio focuses on questions of dwelling and concludes with a student-built, community-based housing project the students build over the summer. In Spring semester 2018 he co-taught a graduate-level “Fluid Studio” at Clemson University on “The Culinary Arts and Architecture.” And in the Fall of 2016 he taught the “Firm in Residence” Graduate studio at Roger Williams University.

Mr. Moore’s most recent lectures include “The Talk & The Walk in Four Dimensions” in San Diego; “Agents of Change – Rethinking the Past, Present & Future in Four Projects” at University of Texas, Austin; “The Modernist Legacy and its Discontents” at Clemson University and “Second Wave of Modernism – The Emergence of Biological Thinking” at MoMA.  He serves on several boards including the Board of Trustees for The Cultural Landscape Foundation in Washington, D.C., whose mission is to support historic landscapes and heritage; the Board of Trustees for the Clemson Architectural Foundation; the Advisory Board for the University of Nicosia – School of Architecture and Design, Cyprus. He is also a member of the Committee of Planning & Urban Design of the AIA New York Chapter.

Recent awards include two 2020 AIA-CT Design Excellence Awards, three 2018 AIA-CT Honor Awards, a 2017 Build Architecture Award for the “Best High-End Residential Firm in the NY Metro Area.” A 2016 AIA – New England Design Award for the Preservation & Adaptive Reuse of Lincoln/Stonington Residence.  A 2015 AIA National Housing Honor Award for the BRIDGE House. A 2010 AIA National Housing Award for the SPIRAL House, which also received the Chicago Athenaeum’s annual “American Architecture Award” and was displayed at the International Biennial of Architecture in Buenos Aires as part of “The City and the World” exhibition by The European Center of Architecture, Art, Design and Urban Studies. A 2011 & 2009 “WOOD” Award from the North American Wood Council. And several recent “Best of Year” citations from Interior Design Magazine. Mr. Moore has been published widely in a range of magazines and books including Dwell, Architecture, Architectural Record, Architect, Interior Design, Residential Architect, Metropolis, and ArchDaily. Most recent books include Taschen Books’ Architecture Now-Houses 2011, The 2011 and 2010 WOOD Institute Books, and The Nice House Book, 2010.

Mr. Moore’s work has received over 60 National, Regional and State architectural design awards. In 2010 Residential Architect Magazine named him one of the “Top 50 Residential Architects in the US.” Most recently, Mr. Moore has been elevated to the prestigious College of Fellows in the American Institute of Architects in recognition of the aesthetic, scientific, and practical significance to the profession. He is also on the Board of Trustees of The Cultural Landscape Foundation and a senior advisor to the Pella Design Council. He serves the National AIA’s 25-Year Award for Design Excellence Committee and a nomination member of the Cornelia Hahn Oberlander International Landscape Architecture Prize.