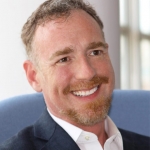 Chris Morrison, FAIA, Managing Director, Principal in the Perkins+Will Washington, DC office, has more than 25 years of experience in architecture, historic preservation, sustain¬ability, adaptive reuse and planning. He earned his bachelor’s degree in physics and chemistry at St. Louis University and a master of architecture degree at the University of Maryland.

Deeply committed to environmental sustainability in design practice, he served as the principal in charge in the design and approval of the first LEED-certified condominium in Washington, DC. He collaborated on the AIA’s An Architect's Guide to Integrating Energy Modeling in the Design Process (2012). Morrison spoke on this topic at the 2012 AIA National Convention and on the IgCC in Practice, at the 2013 AIA National Convention.

Morrison is a member of the U.S. Green Building Council, Lambda Alpha International and the DC Preservation League. He also serves as a lecturer and guest architectural critic for the University of Maryland, a guest architectural critic for the Catholic University of America, and as a supervisor and mentor for the National Council of Architectural Registration Boards Intern Development Program. A Fellow and very active member of the American Institute of Architects, Morrison has served on the National Board, on numerous committees and has represented the group in several capacities over the years.

His projects have received numerous design awards, including, most recently, The Catalyst Award and The Award of Excellence from the American Institute of Architects Washington Chapter, the D.C. Mayor’s Award for Excellence in Historic Preservation, a Merit Award from the General Services Administration’s Design Excellence Program, and the Custom Home Award from Custom Home Magazine.