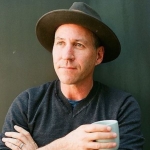 Philip Otto is a cultural designer and creative leader.

Philip is committed to an exploration of the intersection between design, architecture, art, and culture to create meaningful connection with communities. Concepts and adaptable systems that maximize purpose and value have been a hallmark of his work.

After completing his training in cultural anthropology at Stanford, Philip began working as an educator and creative director on projects for museums, retailers, and developers. Through these interrelated experiences Philip arrived at his unique approach to culturally based projects.

As a designer, Philip has had the privilege to work with some of the premier companies in the world, including Anthropologie, Coca-Cola International, Levi’s, Nike, Undefeated, The North Face, Free People, Urban Outfitters, REI Co-op, and Nintendo, as well as Carmel Partners, The Ratkovich Company and The Walton Family to name a few.

He has been a moderator and lecturer for ICSC, AIGA, SEGD, RDI, The Starwood Hotel Group, and Ingka Centres for IKEA. He is also an educator teaching on Trend, Design Issues, and Methodology in both undergraduate and graduate programs at the University of Cincinnati for the Design Architecture Art and Planning school.