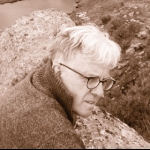 Richard Plunz is considered one of the world’s leading authorities on housing and urban development. As director of the Urban Design Lab at the Earth Institute, Plunz addresses the challenges of contemporary urban life, from sustainable urban infrastructure to the myriad developmental factors of the contemporary city. In addition to his role at the Earth Institute, Plunz serves as director of the Urban Design Program at the School of Architecture, Planning and Preservation. He is part of the faculty team for Columbia’s Urban Ecology Studio, an integrative group of Columbia University architecture and engineering students who recently traveled to Puerto Plata, Dominican Republic to research future development options for the city and province.

Plunz stresses the role of research in architectural and urban design. “There was a period in the 1960s in which there was a lot of research around human behavior. Then things shifted to the more formalist side of architecture. I stayed with it and continued to do applied research.” He also believes that it is essential to consider history in order to understand design, a view he expressed in his landmark study, A History of Housing in New York City, (1990). Another interest that has informed Plunz’s research is the specific relationship between an urban population and the housing types that they build. Earlier in his career, Plunz developed anthropological field techniques to elicit information about people’s relationship to the built environment. He applied these techniques to produce an extensive study of the two-century transformation of a utopian industrial community in San Leucio, Caserta, Italy. Plunz has maintained an interest in the application of cybernetic and information theory to urban development, and he was an early adopter of digitized environmental modeling to understand urban neighborhoods.

Plunz’s earliest work was at Penn State and Rensselaer Polytechnic Institute where he received professional degrees in engineering and architecture. Plunz pioneered research related to hospital design and public secondary education in inner-city contexts. With the support of the United States Public Health Service, he conducted research on digitized environmental modeling for Mantua, a low-income neighborhood in Philadelphia. Plunz developed anthropological field techniques and applied his long-term research interest in sustainable high-density housing designs as alternatives to the suburban single-family home. He has held professorships at Pennsylvania State University, Rensselaer, and the Katholieke Universiteit Leuven, Belgium.