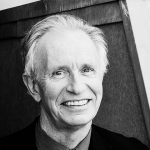 Gwynne Pugh, FAIA, ASCE, LEED AP founded Gwynne Pugh AIA & Associates in 1984 with a determination to create transformative architecture, not from the singular perspective of creating objects to be admired, but from a philosophical perspective that actively incorporates sustainable and urban design principles into architecture, and integrates architecture into the fabric of our daily lives. In 1991, Pugh + Scarpa was formed. During Gwynne’s 22 years as Principal, the firm received 17 National American Institute of Architecture Design awards, including the 2011, 2006 and 2003 AIA Committee on the Environment “Top Ten Green Project” awards, 32 State and Local American Institute of Architecture awards, the Rudy Bruner Prize, Record Interiors and numerous other honors. The firm was awarded the Architecture Firm of the Year award for 2010 for both the Nation and the State. Most recently Gwynne became a Fellow of the AIA. In 2010 Gwynne Pugh Urban Studio was established to build upon the desire to create dialogue and change in communities through leadership and practice.