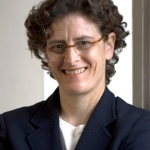 Ann Rolland, AIA, LEED AP, is a principal at FXFOWLE Architects. She was instrumental in the development of the firm's Cultural/Educational practice, and as Studio Director, she oversees all studio operations and strategies, financial solvency, and the overall integrity of the studio’s work. Ann describes her approach to architecture as “creative logic.” Her strength is her ability to blend astute analytical and organizational skills with creativity and spirit.

Most recently, Ann was Co-Chair of the AIANY 2014 Honors and Awards Luncheon, having previously served on the Luncheon Committee in 2012 and 2013. She has been active in AIANY for many years in a variety of roles, including the Professional Practice Committee where she was Chair/Co-Chair from 2001 to 2007, the Heritage Ball Dinner Committee in 2012 and 2013; Chapter Representative to the Inaugural National Women’s Leader Summit in 2009; and the 2006 Task Force on review of the AIA B101 Contract.

In addition to her AIA involvement, Ann is an Adjunct Professor at New York University’s Department of Urban Design & Architecture Studies; serves on the Architectural Advisory Board at New York College of Technology, and is the Co-chair of the Ambassador Council of Non-Traditional Employment for Women (NEW). Ann received both her BA and MARCH from Washington University in St. Louis where she was named Distinguished Alumnus in Architecture in 2012.