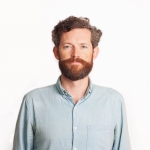 Founded by Thomas Ryan in 2013, T.W. Ryan Architecture (TWRA) is a design-led studio based in San Francisco and New York. The studio's most recognized projects include Three Chimney House (2020); Surf House (2015); and Adrian Rosenfeld Gallery (2017). In 2020, T.W. Ryan Architecture was named one of the Top 50 Interior Firms in the US by AN Interior and added to the Wallpaper* Architects Directory, an annual global index of emerging architectural talent and promising practices.

Originally from North Carolina, Thomas Ryan studied at the Architectural Association in London and received his BA in Visual Arts and MArch from the College of Design at North Carolina State University (NCSU). Prior to founding TWRA, Ryan was an Associate at Christoff Finio Architecture and a Designer at Richard Meier & Partners in New York. He is a recipient of the Deborah Norden Prize from The Architectural League of New York, and a Design Research Grant from the National Endowment for the Arts. At NCSU, he was co-editor of The Student Publication and was awarded the Faculty Design Prize and Henry Kamphoefner Fellowship for highest graduate achievement. He is a Senior Lecturer at California College of the Arts and has been an invited juror at the University of Southern California, University of California at Berkeley, North Carolina State University, The Architectural League of New York, and Yale University.