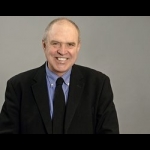 Witold Rybczynski is a Canadian-American architect, professor, and writer who has written about architecture and urbanism for The New York Times, The Atlantic, and The New Yorker. He has been architecture critic for Wigwag and Slate. He is the author of the critically-acclaimed book Home and the award-winning A Clearing in the Distance. His most recent book is How Architecture Works: A Humanist's Toolkit. He was the recipient of the AIA’s Institute Honor for Collaborative Achievement, the National Building Museum's 2007 Vincent Scully Prize, and was named 2014’s “Design Mind” by the Cooper-Hewitt National Design Museum.

Witold is an emeritus professor of architecture at the University of Pennsylvania, where he taught classes in real estate design and development, architectural writing, and a freshman seminar on architecture. He has served on the U.S. Commission of Fine Arts in Washington, DC. He lives in Philadelphia.