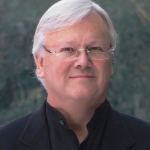 Adrian Smith, FAIA, is an Architect of international renown, having designed many landmark buildings including the two world’s tallest structures – Burj Khalifa completed in 2010 in Dubai and Jeddah Tower, now under construction in Jeddah, Saudi Arabia. In 2006, he founded Adrian Smith + Gordon Gill Architecture (AS+GG), a firm dedicated to the design of high-performance, energy-efficient and sustainable architecture on an international scale. Prior to AS+GG he was Design Partner in the Chicago office of Skidmore, Owings & Merrill from 1980 to 2003 and Consulting Design Partner from 2003 to 2006. Adrian’s work has shown an evolving interest in the use of vernacular and indigenous forms and compositions together with state-of-the-art systems and technologies to integrate new buildings Into the regional context. His designs are sensitive to each project's physical environment, taking into consideration conditions such as location, climate, geographical, geological, cultural, and social influences to achieve environmental sustainability. Over the last several years his work has embraced the principle of “on site” power generation using the building’s design to harvest power from the sun, wind, and geothermal conditions in order to reduce the buildings reliance on the local infrastructure. In many instances, this has had a dramatic impact on the expression of the Architecture and has added an important influence to his philosophy of Global Contextualism