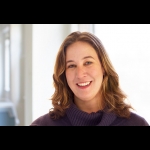 As a Principal at PYATOK, Adrianne brings more than 15 years of experience in student and residential developments. She is a highly skilled technical architect and project manager, who has led several large urban housing projects overseeing design work, construction documentation, permitting, and construction administration, while also leading the office in the advancement of BIM techniques and implementation. Adrianne also leads in-house staff development and training. Adrianne has been influential in leading Avalon Hayes Valley at Parcel P from the entitlement phase—resulting in a unanimous vote for approval by the San Francisco Planning Commission—to construction, and in leading the schematic design phases of Orchard Park Redevelopment at UC Davis for University Student Living and Bowles Hall Residential College Renovation at UC Berkeley for Education Realty Trust.

Adrianne is a highly-engaged member of the profession; she has served on several national committees of the American Institute of Architects, is a former Chair of the Bay Area Young Architects for AIA San Francisco, and is a former Board member for the Phi Sigma Pi Foundation. Currently Adrianne serves on the Board of the AIA San Francisco Chapter’s Executive Committee. Adrianne is an alumna of Leadership San Francisco, Class of 2011, and an active member of the San Francisco Housing Action Coalition Regulatory Committee. Lastly, she served on the jury for the 2011 Bank of America Low Income Housing Challenge, as a jury member for AIA Minnesota’s Affordable Housing Design Awards Program in 2013, and most recently for the 2017 AIA/ACSA Housing Design Education Award. In 2015, the AIA recognized Adrianne as one of its Young Architects of the Year.­­­­­

A licensed architect in California and Oregon, a LEED accredited professional in BD+C and Homes, Adrianne holds a Master in Architecture with a minor in Film Studies from Tulane University. She is an active world traveler, ferocious advocate for women in architecture, avid soccer fan, occasional competitive runner, and opinionated viewer of movies.