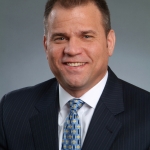 Craig is President of AUROS Group, which is a technology company based in Pittsburgh, PA.  Craig is widely known for his role in establishing Pittsburgh as a leader in "Evidence-based Performance" for the built environment.  Evidence-based Performance uses technology to bridge the gap between "hoping" a building is performing as designed to "knowing" a building is meeting its performance goals.

Craig is co-author of the recently released book, “The Power of Existing Buildings—Save Money, Improve Health and Reduce Environmental Impacts” and the much referenced ASTM article, “Project Case Studies and the Lessons they Teach about Whole Building Envelope Air Leakage Testing.”