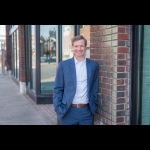 Neal is the Project Development Director for Hensel Phelps in the Nashville region and has been with the company for 18 years. Neal graduated from Virginia Polytechnic Institute with a master’s degree in Architecture. Neal served as the Design Manager over the Nashville International Airport projects overseeing all aspects of design management under a progressive design-build contract. Throughout his tenure from Hensel Phelps, Neal has worked on nearly $4.2 billion worth of work across the eastern United States including the iconic Pentagon Renovation following the tragedies of 9/11. Neal has been a critical component to the success of 13 design-build projects. He is currently based in Nashville, Tennessee.