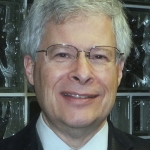 James L.E. Terry, AIA, CASp is CEO of Evan Terry Associates and has specialized in ADA compliance and accessible design for the last 23 years. Mr. Terry has worked with public entities, private corporations (including 9 of the Fortune 20), the U.S. Congress, the Administrative Office of the U.S. Courts, and federal agencies (including the Department of Justice, the Access Board, the Social Security Administration, the Department of Transportation, and others). He has led Evan Terry Associates in writing 15 books and software programs on the ADA and state access standards facilities compliance and universal design. Mr. Terry has testified about Construction Tolerances and Acceptable Measurements in several state and national ADA lawsuits and has worked on projects involving the US Department of Justice where Construction Tolerances had to be applied. He is a member of the Board of Directors of the National Association of ADA Coordinators.