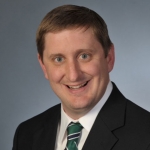 Tim joined Bayer MaterialScience in 1999 as a cost accountant at the Corporate Headquarters in Pittsburgh, PA. Tim then embarked on a diverse career at Bayer MaterialScience, taking on positions of increasing responsibility in the areas of accounting, controlling, marketing and business development.

Throughout his career, Tim has gained extensive experience in driving business strategy, financial and market analysis, as well as energy efficiency in the building and construction industry. He spent four years at the Bayer MaterialScience manufacturing site in Columbus, GA, where he led the marketing efforts for the North American liquid and powder polyester business.

In addition to his daily responsibilities, Tim plays an active role collaborating with the Pittsburgh chapter of the Green Building Alliance and serving on their district advisory committee. He also serves as a liaison to SPEER (regional energy organization for Texas and Oklahoma) as well as Dallas 2030 and San Antonio 2030. In September of 2016 Thiel joined the Inaugural National 2030 Districts Network Board as well.