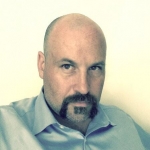 Jason Vollen is High Performance Buildings Practice Leader for the Americas and the State + Local + Cities Market Sector Leader for the New York Metro Region at AECOM.  Prior to joining AECOM Jason was a tenured professor at Rensselaer Polytechnic Institute where he served as the associate director for the Center for Architecture Science and Ecology, an industrial/academic alliance between Rensselaer and SOM. Jason’s work has been funded by the National Science Foundation, Department of Energy, National Renewable Energy Laboratory, New York State Energy Research and Development Authority, and the American Institute of Architects. He has won numerous awards for next generation building systems design and has multiple building system patents under review. Jason received his B.Arch from The Cooper Union, His M.Arch II from Cranbrook Academy of Art, and is currently a doctoral candidate his at T.U.Delft.