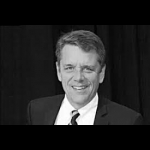 An architect practicing in Paris and Washington, D.C., Vonier supports public and private clients from Africa to East Asia to North America with their global businesses, industrial, and hospitality operations. He is author of “Urban Security,” a comparative study of security approaches in major metropolitan areas and helps municipalities and public agencies with security improvements to their urban spaces. Vonier has also served as European correspondent for Progressive Architecture magazine, where his work was nominated for the Jesse H. Neal Award. He studied architecture at Washington University in St. Louis and at the University of Wisconsin and was a research affiliate with the Laboratory of Architecture and Planning at the Massachusetts Institute of Technology (MIT).