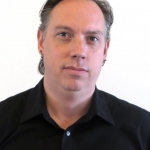 Mark Wagner has extensive experience in the design of cultural projects and is currently an Associate Partner at David Brody Bond. As Project Architect for the National September 11 Memorial Museum he oversaw the Museum’s design and construction, navigating many building challenges due to the complexity of the numerous integrated construction projects at the World Trade Center site. Mr. Wagner’s familiarity with the site dates back to his role as Project Architect for the World Trade Center Archive, a project involving the on-site selection and preservation of over 1,000 artifacts from Ground Zero following the attacks on September 11, 2001.

During the archiving and preservation process and throughout his work on the design and construction of the Museum, he remained involved with the preservation of the collected archive. He worked closely with museums across the country offering his unique understanding of the artifacts, their history and the issues relating to their preservation and installation.

Mr. Wagner also served as the Project Architect for the Master Plan and the award-winning Portico Gallery addition at The Frick Collection. Mr. Wagner is currently working on the expansion of The Frick Collection which builds upon the Frick’s history of architecturally integrated expansions and alterations while preserving the intimate visitor experience in an extraordinary mansion that has engaged art lovers for nearly eight decades. Mark Wagner received his Bachelor of Architecture from the New York Institute of Technology.